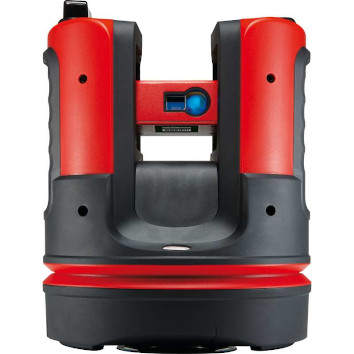 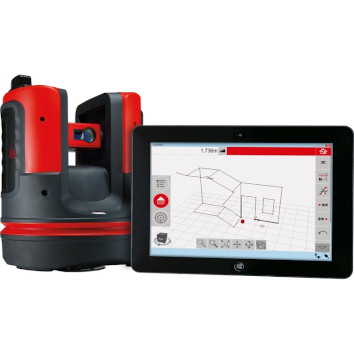 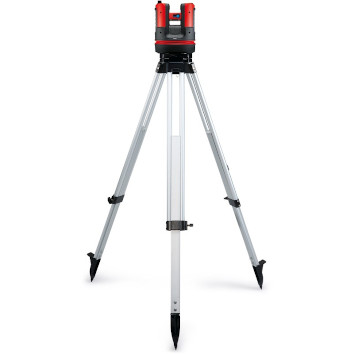 The high-precision Leica 3D Disto is used whenever the use of conventional measuring tools is only possible with a great deal of time and effort. With the various measurement functions you can record all spatial situations precisely and use the data afterwards in your customary software environment. With realistic data, you can produce the final parts directly. The time-consuming template and modification work during installation is no longer necessary. The fully digitalized workflow saves valuable time. 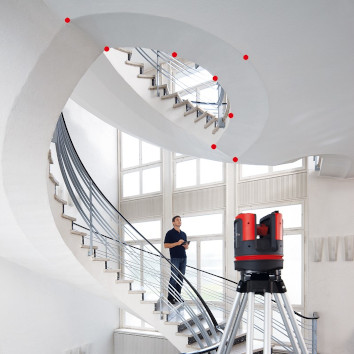 Measure once, cut once

No matter what you are doing with a 3D Disto, accuracy is paramount. Since form follows function, the 3D Disto is a cross between a surveyor’s robotic total station and a handheld DISTO. Like a robotic total station, the 3D Disto’s horizontal and vertical turning axes are motorized — get the laser point close to the right starting point manually, aim using the video feed by tapping your target on either the Control Unit tablet or a Windows tablet, then watch the 3D Disto mico-adjust until the laser point is in the crosshairs. 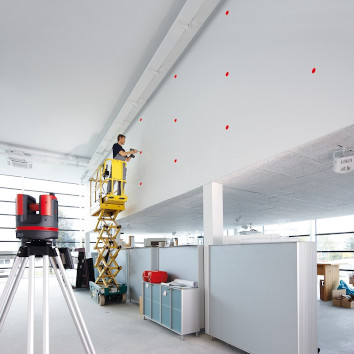 Use your own Windows® device to operate the Leica 3D Disto. The intelligent software for Windows® makes it possible. It controls the Leica 3D Disto, automatically carries out all complicated calculations in the background and only supplies the relevant information you need. You also see directly what you have measured – either as a live image supplied by the integrated camera or as a three-dimensional model.